Roosevelt said that comparison is the thief of joy, and I have to say, I quite agree.

It’s a completely different world for authors right now, to just a mere ten years ago, and now, it feels like we should be producing at least ten books a year, to keep up with reader demand. Gone are the days where you could take several years to write a book and hope to do well.

Since I began publishing properly in 2011, I have published at least 2 books a year, and I now have 16 books available. Quite an awesome accomplishment, but instead of revelling in the joy of what I have created, I find myself looking at authors who have published 50 or 60 books in that same amount of time, and wondering why I have been so lazy in comparison.

Then I saw the posts about the latest plagiarism scandal. It seems that a bestselling author in Brazil has been taking chunks of other authors’ work, and giving it to ghostwriters on Fiverr and then publishing what they’ve cobbled together and making a mint from it. She has a large list of books available, and it would seem that none of her material belonged to her.

Which made me wonder, how many of the authors with massive output are actually writing it all themselves? Or even using original material?

And somehow, this made me stop comparing myself to them. Because I know that I write every word of my books. And I know that I only write books that turn up and annoy me until I write them. And that it’s actually quite realistic to write and publish two or three books a year, when you take into account the editing and proofreading, publishing and marketing.

So although I am quite upset for these authors who have had their work ripped to bits and made into bad books that have made thieves a lot of money, I am also grateful to now have been released from this comparison game, and I plan to revel in the joy of each creation, knowing that I am producing work that I am proud of, and that readers will love, and that is wholly my own.

Do you compare yourself or your creativity or your life to others? Do you think that you should be further along, or richer, or better, because you look at what other people are doing?

Let me know in the comments. 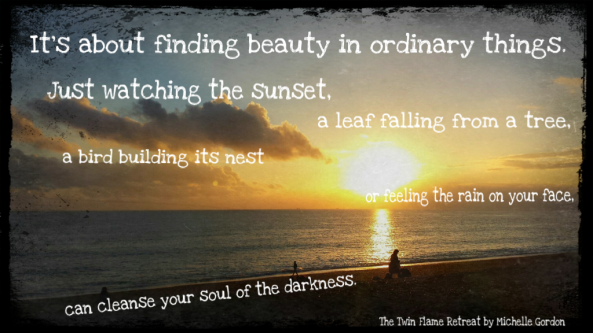 This weekend, I made a to do list, in an effort to be productive, and to make up for dropping the ball on the blog challenge on Thursday, Friday and yesterday. Instead of getting stuck into it yesterday, I met up with a friend and we visited Dyffryn Gardens, which is a beautiful National Trust house and gardens. We had an amazing time, and I took loads of photos which I’m putting on Instagram.

But it meant that I got nothing on my to do list done, except for the food shopping on the way home.

When I looked at my list this morning, all I could cross off was the essential things. Food and things that made money. Everything else? It hadn’t got done because it wasn’t essential. Up until Thursday last week, I had made writing a blog post every day an essential thing. Because I wanted to complete the challenge. But after missing a day, because I went to bed early, writing a blog post a day became a non-essential thing. So then it didn’t seem to matter if I missed Friday as well. And then also yesterday.

In order for things to get done – they must be essential. Now, I know you’re probably thinking, I do lots of things every day that aren’t essential – waste time on Facebook, watch pointless TV, spend hours chatting with friends, etcetera. Though that may be true, and these things are not essential, they also require no motivation or effort. Whereas the things that are non-essential on our to do list, often require a certain amount of motivation and effort to do. Unless we make them an essential thing, and therefore do them, whether we want to or not and whether we have the energy or not. Motivation is not needed.

Does any of this make any sense? One of the things on my to do list recently was getting the audiobook of The Earth Angel Training Academy done, and released. I had been making good progress, and sent the first few chapters to a friend who has not read the book, but loves audiobooks. On Friday, I received a message from her saying: “Can I have the second half of the book now please!!??” Which has now made the audiobook an essential thing I must do!

So have a look at your list. What is essential? What can be made essential? Because truly, only the essential things will get done.

My boyfriend sent me this video on Facebook yesterday, and it made me laugh a lot. Mainly because it was SO TRUE. It’s not that we are from different planets – it’s that men and women’s brain are simply structured in completely different ways. So go watch the video, then come back (it’s 10 mins long, but so worth it, I promise).

So this morning, I’m helping my boyfriend with his latest mad creation (to be revealed soon) and we start talking about male and female brains, and he tells me all about his boxes, and how he really doesn’t get to spend enough time in his Nothing Box. The box that most women, (including myself) don’t even realise exists.

This is my interpretation of the brain structure from watching the above video:

Then several realisations hit me. This is why men can’t multi-task, because that would mean opening several boxes at once, and this is why women can’t help but multi-task – because everything is connected. This is why focusing on one thing at a time seems impossible to a woman, but essential to a man. If you’re a female reading this, you will know what I mean when I say that I will be in full creative flow, then I need a drink of water, so I go downstairs, and on the way I pick up the washing basket. Then I put on a load of washing, and hang up the wet washing in the kitchen by the fire. Then there’s no clean glasses, so I do the washing up, because if I’m washing one glass, I may as well wash the rest, then I clean down all the counters, and finally, I get the glass of water, and head back upstairs to my office. By now, anything from 30 to 40 minutes (sometimes more) has passed. And perhaps the creative juices have ceased flowing, perhaps it’s now time to start making dinner, or to call a relative, or a friend pops up on Facebook. Whereas when a man is in the middle of something and he needs a drink, it will take him two minutes to go to the kitchen and get one. Or, he’ll get someone else to get it for him, so he doesn’t have to stop. Or, even more likely, he will just forget to drink anything altogether because he is so focused on his task.

So what does all of this mean? I did say yesterday that I would post if I found a method of motivation that worked for me. So I have decided to do an experiment, for this week to start with, I may extend it if it works!

This is my Man-Brain Box Experiment. Now, because my own brain is a jumbled mass of wire, an internet browser with 30 tabs open, I need an external, visual representation of the boxes. So, I have created these:

Notice how they’re not touching?

These tiny Really Useful Boxes are labeled with the different categories that take up my attention during my waking hours. Each box is filled with bits of paper (because according to my boyfriend, each box is divided into different sections) and on each bit of paper is an activity that comes under that category. The idea is, for the next week, I will only have one box open at a time, and I have to focus all of my attention on whichever activity I have picked out of that box. I will not have several boxes open at once.

For example, the box that is currently open is this one:

So instead of trying to enforce a schedule where I have to do things at certain times, I will just limit myself to focusing on one activity at a time. Now, if another activity comes up while I am doing something else, I will just write it on a piece of paper and put it in the appropriate box, to be completed when that other box is open. It sounds like a bit of a mad experiment, but from past experience, I know that when I have focused my attention and effort on one task at a time, not only do I complete things, but time slows down and overall I achieve more. Whereas at the moment, my attention is scattered across many different activities, and I spend a lot of time feeling overwhelmed by it all. I find that when I get to the end of the day, there is very little I can cross off my to-do list because I have done a bit of everything, and not completed any one thing.

It’s not that I want to be a man, I’m quite happy being female, but I think that this experiment could possibly have two benefits – the first is that I might understand men a little better by the end of it. And the second is that I might become more productive, less stressed out, and less overwhelmed on a daily basis. I’m hoping it will also slow time down a little, as it seems to be rushing by way too quickly.

So I will post my progress, I would love to hear what you think of the experiment, and whether you would be up for trying it too. I will also try to keep note of which boxes I open the most, and I will let you know if I ever manage to get into my Nothing Box!