Good news! Book nine is now finished, and it is in the process of being edited, and I want to first of all announce the release date, which is…

I’m considering it a birthday gift to myself! In case you haven’t seen my videos on FB, the title of the book is

Now, I need your help. I have got six possible covers for the US Edition of the book, and I am asking people to vote for their favourite! I have already posted them on Facebook and Instagram, but I would love your input! Please comment on the post with the number of your favourite. I am planning to announce the winning cover by Christmas. 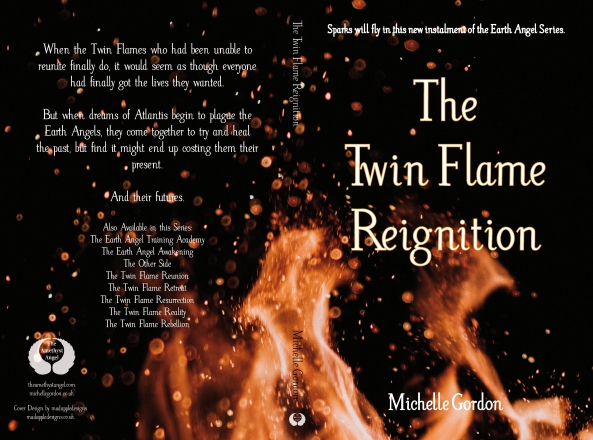 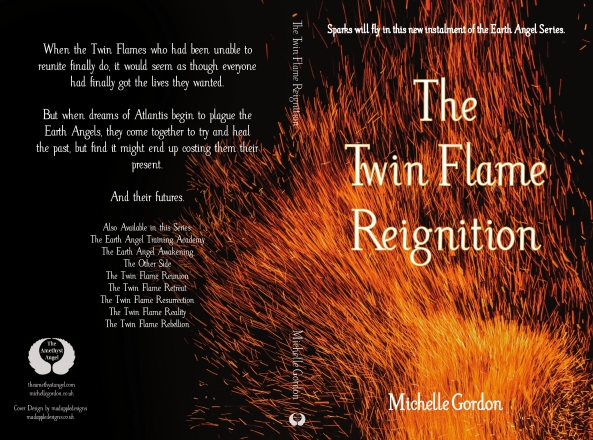 There has been a lot of interest on my blog lately about Twin Flames. It is a subject very close to my own heart, and it is a theme that runs through my Earth Angel book series. Last year, I wrote a post about Twin Flames, and included a video about the stages of such relationships. The video was in fact sent to me by my own Flame, during a period of separation, after we had got to the fourth stage and gone our separate ways. While watching the video, he had seen the parallels with our relationship, and though he said he sent it to me merely because I write about Flames, I know that the video brought about an awareness within him. It was that awareness that caused us to meet up, just 4 days after I posted the video. Within a week of meeting up we were back together, and less than two weeks later, I had moved in with him. (I wrote a little more about it here)

Things have shifted and changed so much in the last seven months, and through it all, we have become stronger and even more deeply connected. The first thing we did was to be completely and utterly honest with each other. About everything. It was painful at times. There were fears that had been hidden for years, and bringing them into the light was not a joyful experience. But having that level of truth and honesty between us, has meant that we are now so in tune with each other, that we can tell immediately when there is something wrong. I can’t even explain how, but as soon as his energy shifts, and becomes a little negative or dark, I can tell. Now, nothing is kept hidden, or a secret, which means that emotions and fears are not trapped in our bodies and energy, which could cause problems later on.

I had a question from a lady about her Twin Flame, about whether they were indeed Flames and whether they would be together. She wanted to ask Amethyst or Velvet, so I did the reading for her, you can see it below:

In my experience, being with a Twin Flame is intense. But it’s also calming and comforting. To be in the arms of your Flame is to feel completely at home. There is nowhere else you would rather be than in his/her embrace, because that is exactly where you belong. There may be a fair amount of history between you that needs to be worked on and released, after all, you may have had several lifetimes together over the ages. But the effort is worth it, because you know that when you are with them – anything is possible. Just the fact that you have met your Twin Flame is a miracle in itself.

I would love to hear your experiences and views on Twin Flames, have you met yours?